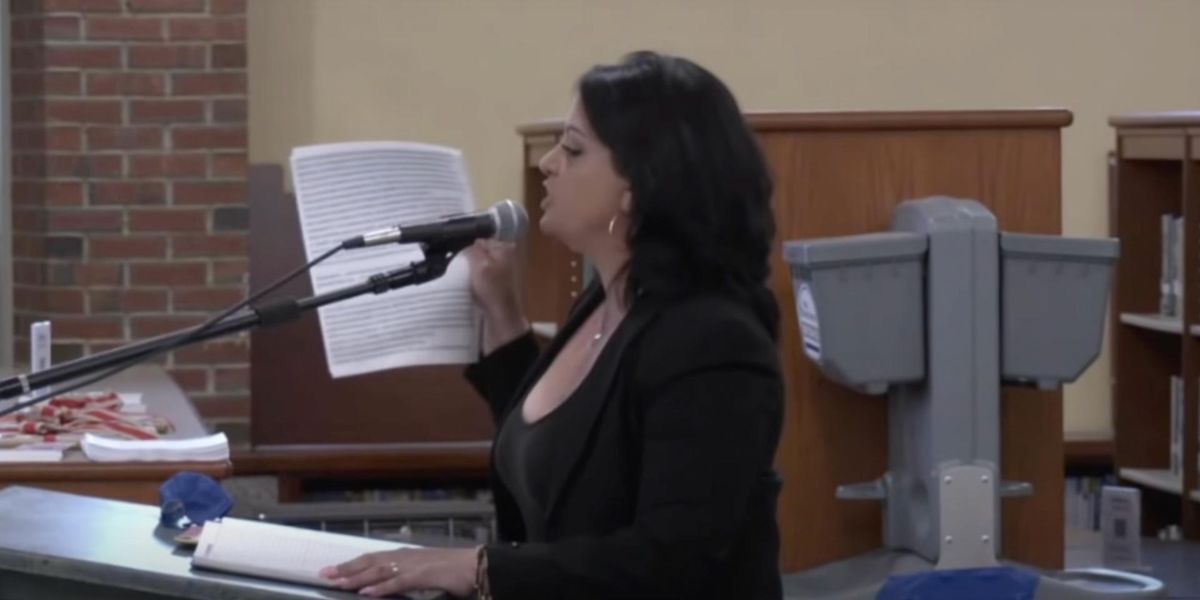 A Carmel, New York, mother tore a school board to shreds during a recent meeting as she said that the district was guilty of indoctrinating children into believing they are inherently racist and bigoted, that police officers are murderers, and other leftist talking points.

Viral video captured the moment mom Tatiana Ibrahim castigated school board members for being “thieves” and “liars” who are allowing schools and teachers to emotionally abuse district students.

Ibrahim showed up at the meeting to discuss the board’s proposed budget, which many parents spoke out against.

She told the school board members that she voted against the new budget because she was not happy about the “communist” curriculum within the district and “indoctrination” of young, impressionable children.

“You have no idea each child’s life,” she railed. “You don’t know what their family lifestyle consists of. You don’t know the makeup of their life. You have children, like mine, who [are] Muslim and I’m Christian.”

Ibrahim continued, “[Educators] purposely, themselves, expose themselves on social media. Talking about calling for the death of a former president. Or saying that any child that doesn’t believe in Black Lives Matter should be canceled out. Is this what my tax dollars is paying for?”

She also took aim at teachers who promote anti-cop agendas.

“You work for me,” Ibrahim spat. “I don’t work for you. You have a duty. We are entrusting our children to you. We teach our children morals, values. When they grow up to commit crimes and end up in prison, and kill a police officer. It’s our fault? No, it’s your fault. You’re emotionally abusing our children and mentally abusing them. You’re demoralizing them by teaching them communist values. This is still America. … And as long as I’m standing here on this good ground Earth of God, I will fight. This is not the last of me you will see. I’m retired, I have nothing else better to do.”