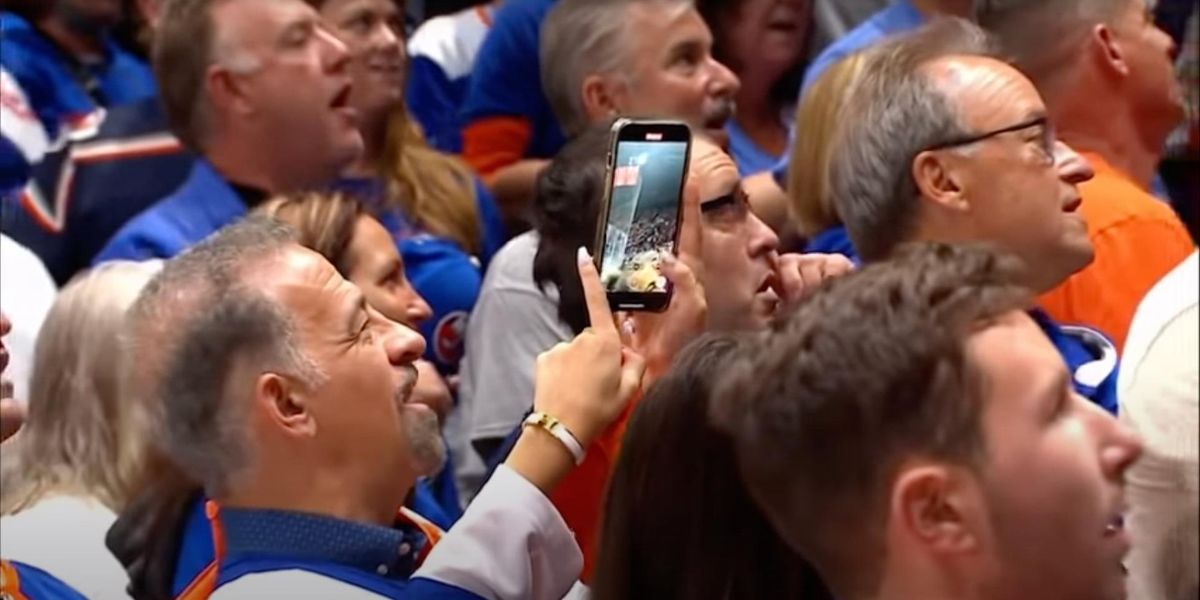 Hockey fans during Wednesday night’s NHL playoff game between the New York Islanders and the Boston Bruins delivered an unforgettable rendition of “The Star-Spangled Banner.”

According to the New York Post, the coliseum held a sellout crowd of 13,917 during the Wednesday night game.

During Wednesday night’s Game 6 of the Stanley Cup Playoffs, thousands of fans in attendance hopped in and sang along with Raviv.

At one point, a grinning Raviv pointed the microphone toward the massive audience, emboldening them to sing even prouder and louder.

The Islanders beat the Bruins 6-2 and will move on to the semifinals.

Following the performance, Raviv took to Twitter, writing, “My heart is full. The coliseum will forever have the best backup singers in the #NHL.”

My heart is full. The coliseum will forever have the best backup singers in the #NHL.
#LGI https://t.co/iOj0KqI3YL

The 27-year-old performer, who moved to New York from Canada in 2012, later shared additional footage of the performance and added, “#isles fans are heroes. This is more anthem footage from the most memorable performance. Gona miss this barn[.]”

#isles fans are heroes. This is more anthem footage from the most memorable performance. Gona miss this barn… https://t.co/XoN1mUvO1D

The New York Post reported that Raviv said that the experience was “magical.”

“It was very unique. Not everyone can experience something like that,” Raviv said. “Last year, I started to sing not in front of fans. So, it was as if we were back to normal. It was really special. It was magical.”

She added, “I have sang the anthem for many sporting events. This one was unique and I never felt a crowd like that. It was an amazing moment for me and everyone who was there.”

When the Parasites Consume the Host
WATER WARS about to go kinetic in America as farmers targeted by “terrorist” state governments that are deliberately collapsing civilization
Candace Owens: This is what’s happening in Biden’s America
‘She’s a menace’: Ari Fleischer blasts Ilhan Omar for retweeting anti-Israel org
Will Trump 2024 Really Happen?