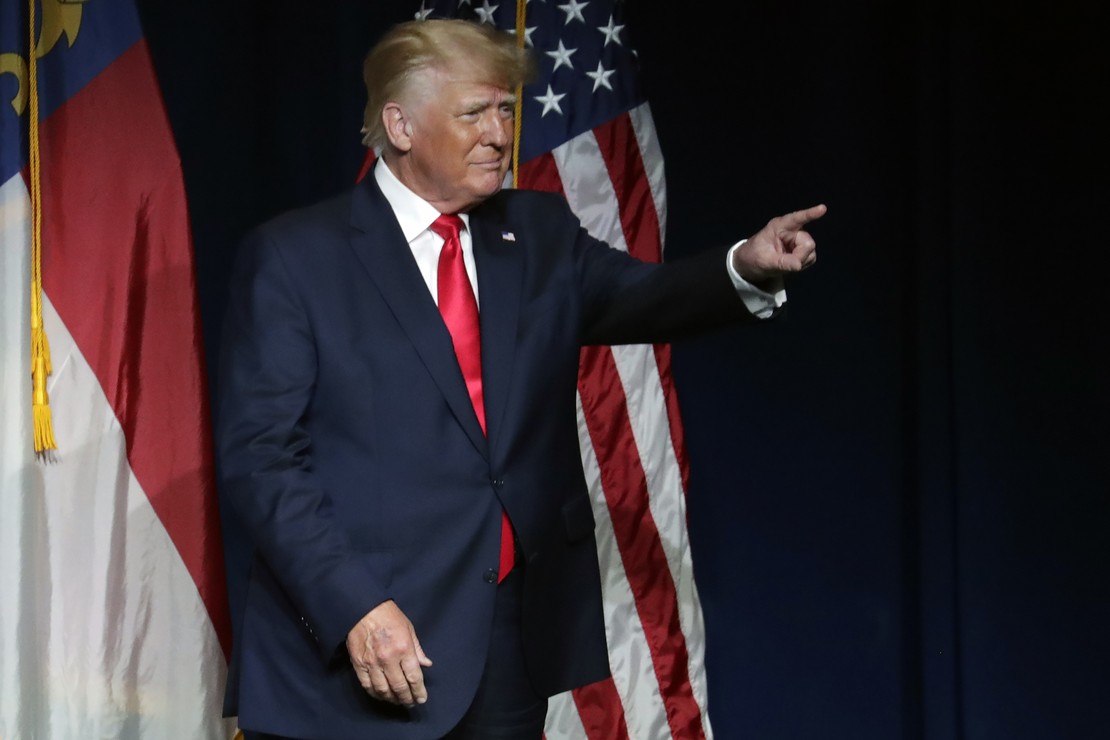 A common occurrence during Donald Trump’s presidency was the release of some anti-Trump book, often from an insider with an ax to grind and penchant for fiction.

Apparently, the trend is continuing even after Trump is out of office, with a couple of books getting headlines in recent days with alleged bombshells from Trump’s presidency.

One book, titled, Frankly, We Did Win This Election: The Inside Story of How Trump Lost, by Michael Bender of the Wall Street Journal, alleges a toxic relationship exists between Trump and his son-in-law Jared Kushner, amongst other things, like Trump allegedly saying that he “made Juneteenth very famous.”

“I’ve done all this stuff for the Blacks—it’s always Jared telling me to do this,” Trump is also alleged to have said. “And they all f—— hate me, and none of them are going to vote for me.”

Another book, Nightmare Scenario: Inside the Trump Administration’s Response to the Pandemic That Changed History co-written by Washington Post “journalists” Yasmeen Abutaleb and Damian Paletta alleges that Trump suggested sending Americans infected with COVID-19 to Guantanamo Bay during the early days of the pandemic in the hopes of curbing the spread of the disease.

We’ve seen this script before. A book comes out, makes some outlandish claims, they sell a lot of copies to gullible anti-Trumpers, and then we find out they were a lot of bunk.

Remember Omarosa Manigault Newman’s tell-all about her time in the Trump White House? That book was promoted as being a potential death blow to Trump’s political viability that would send Republicans running away from him. But the juicy details liberals were hoping would takedown Trump didn’t exactly come. Actually, many of the most salacious details were quickly debunked and the book was shown to be as reliable as the Steele dossier. One of the most notable examples was Omarosa’s story that she’d been told by someone that pollster Frank Luntz heard Trump use the N-word.

Now, Frank Luntz is hardly a Trump supporter, and he debunked this claim on Twitter, saying not only did he never hear Trump utter the slur, but also that Omarosa never tried to contact him to verify the story. Kellyanne Conway’s Trump-hating husband also contradicted a claim that Trump had used a slur against him. Between that and other contradictions, Omarosa’s book ultimately tanked in its second week.

Bob Woodward’s book, Fear: Inside the Trump White House, also made allegations that were disputed. The most significant example being that his former Chief of Staff John Kelly had called the president an idiot. “The idea I ever called the president an idiot is not true. […] This is another pathetic attempt to smear people close to President Trump and distract from the administration’s many successes,” Kelly said regarding the claim in Woodward’s book.

And then there’s Fire and Fury by Michael Wolff. Which became a huge bestseller as the media gave the author a ton of free publicity… and even the author confessed he was being “barely a journalist,” arguing his job “has nothing to do with truth.” In short, his book was fiction.

The bottom line: anti-Trump books sell. Why? Because anti-Trumpers liked being told what they want to hear about Trump. That they were being sold a bunch of lies didn’t matter. If you promised a bombshell tome with salacious details that would destroy Trump, the media came running to you, and you sold a lot of books. So, more people are trying to cash in on the anti-Trump market. That just makes them capitalists, not journalists.

BREAKING: Judge Napolitano at FOX News Is Accused in Lawsuit of Sexually Harassing Young Men at Work
VIDEO: 10 wounded, including 72-year-old, in ‘brazen’ NYC shooting where gangbangers escape on mopeds in ‘coordinated attack’
Democratic prosecutor sues to prevent Donald Trump from receiving $1M tax return owed to him
Does Sheldon Whitehouse Think CNN Is Part of the ‘Right-Wing Attack Machine’?
That Leaked CDC Presentation Is a Hot Mess Wrapped in a Disaster