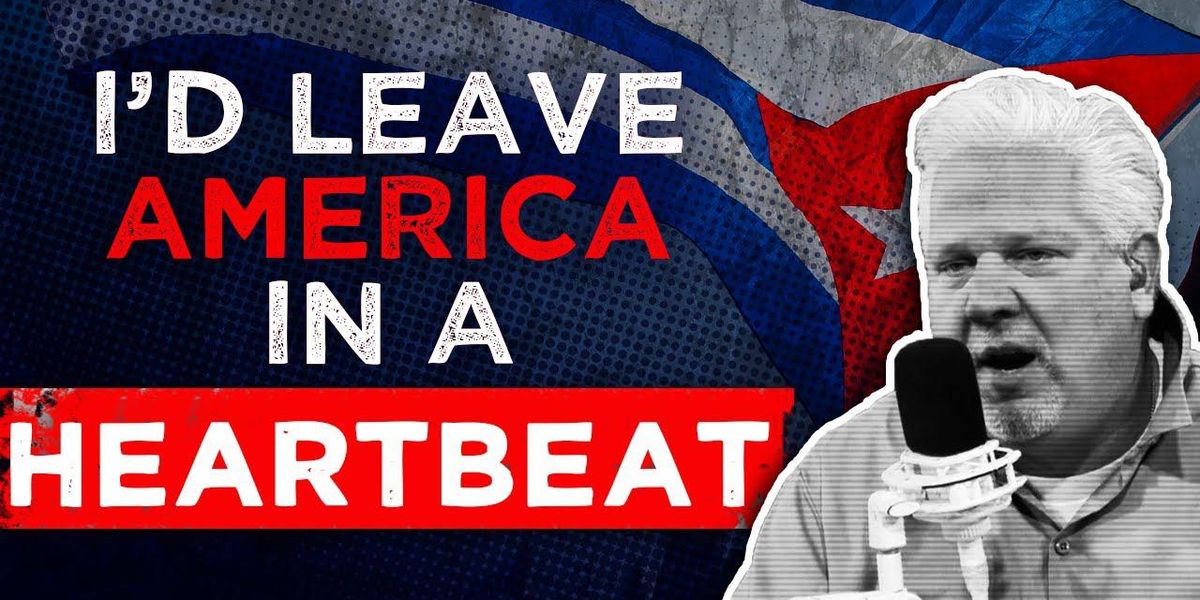 On the radio program Monday, Glenn Beck blasted the Democrats — and anyone else on the left — who have been so eager to open our southern U.S. border for the past several months, but also willing to turn a blind eye to the Cuban people in need of help today.

“While we are welcoming people from any country, all over the world, without any kind of information, and setting them into our country, putting them on American planes paid for by American taxpayers,” Glenn began. “And our Coast Guard Cutters are turning these [Cuban] people away. Shame on you! Shame on you!”

Glenn said that he’s “sick and tired” of hearing about “brave” leftist activists like Colin Kaepernick, who protest the America flag while wearing Che Guevara and Fidel Castro t-shirts. Meanwhile, the Cuban people are risking their lives by taking to the sea to escape their oppressive regime and come to America.

“Anybody who glorifies Che doesn’t know their ass from their elbow. You can’t call them a human rights activist. You’re protesting the American flag, because you so deeply believe in the right to be free? And yet, you wear a Che T-shirt?” Glenn said.

Glenn went on to argue that, even though the left has “bastardized” the meaning of our country, he still believes America is the best nation on Earth. In fact, he’d give up his citizenship “in a heartbeat” if another country could prove to be better, more noble, and more free. But no other nation exists like ours, he said, which is why it’s so imperative we fight for freedom here, in Cuba, and around the world.

Watch the video clip below to hear Glenn explain: